A webcomic about the ongoing adventures of a spy-slash-thief-slash-mercenary trying to make her way in a world gone mad(!) Action, adventure, explosions, all that good stuff. 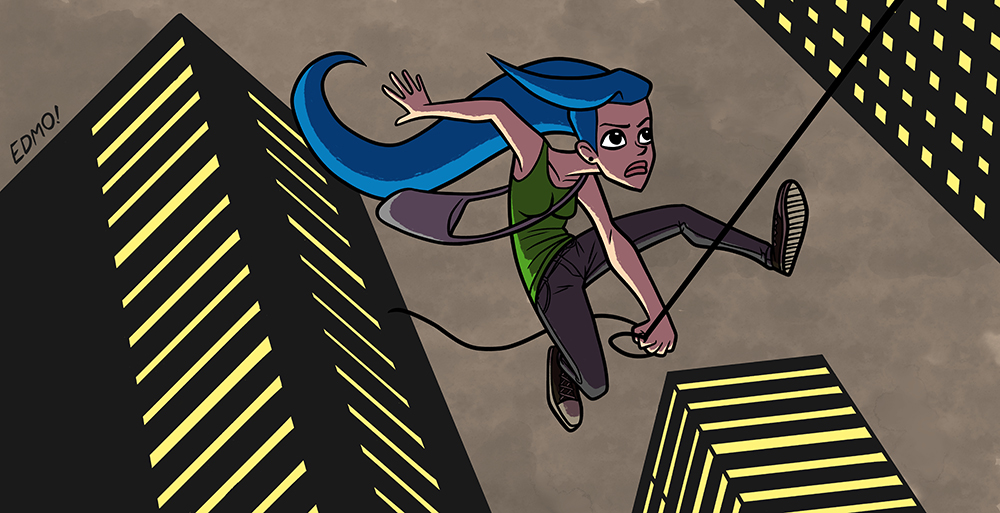 Start reading the story from the beginning HERE, or select one of the chapters below:

Jenny gets hired to track a thief and take back the stolen jewels – but she’s not the only one after the loot.
(The bulk of this chapter was drawn as part of the 2014 24 Hour Comic Book Day. The fact that it’s 26 pages and didn’t get put up until March 2015 should tell you how well that went.)

Jenny’s got something important to deliver, but it means going somewhere she’s spent a long time trying to avoid. And just who’s that letter for anyway?

Jenny’s runs into some unexpected challenges on what should have been a routine mission. Explosions ensue. Not to mention she’ll have to deal with a horde of … what are they, ninjas? Ninjas wearing suits? Is that a thing?

When Jenny infiltrates a fancy party she discovers a dark underside to the city’s elite, and maybe a link to her own past. Also there are explosions, and also canapés.

A short trip into Jenny’s early days as an adventurer, when the stakes were just as high but the victories were even sweeter.

Stay tuned for more of Jenny’s adventures in the future!
I mean not tuned, obviously, but you know. Bookmark the page or something. 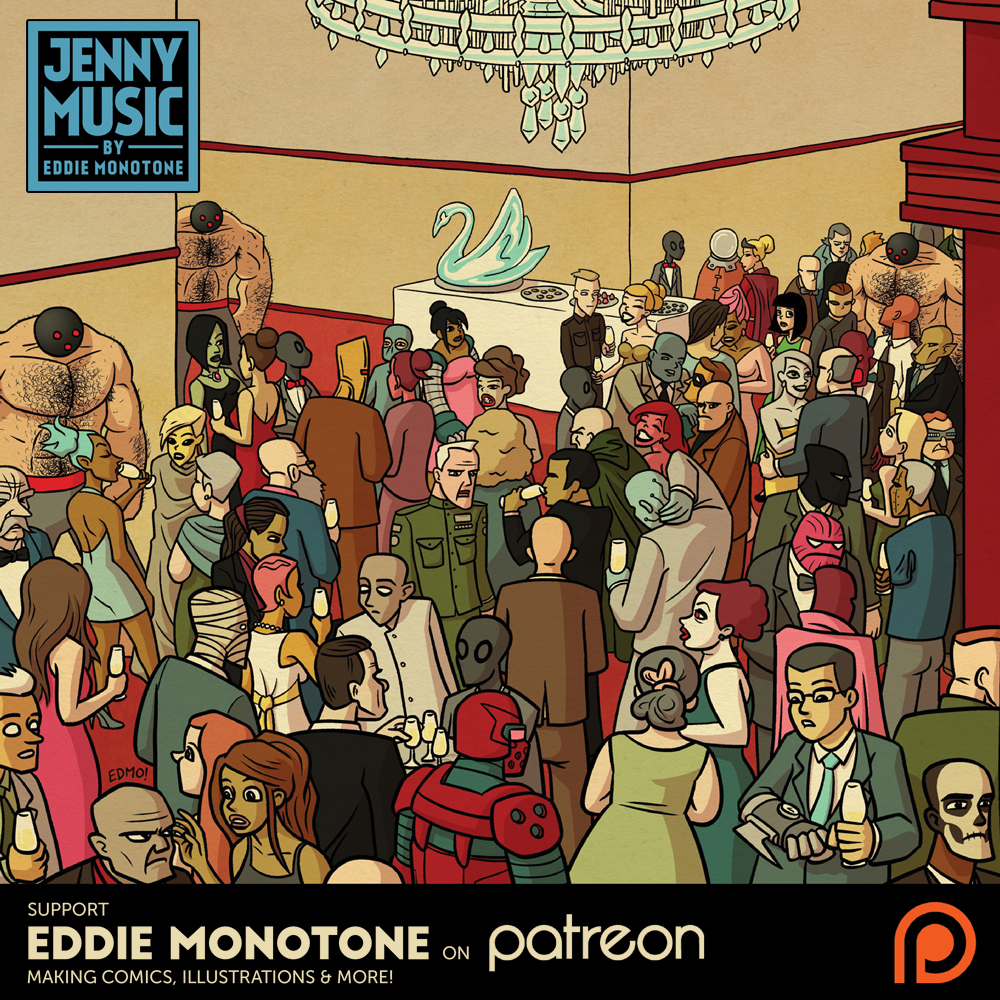 This is where an ad would be, if you could see ads.